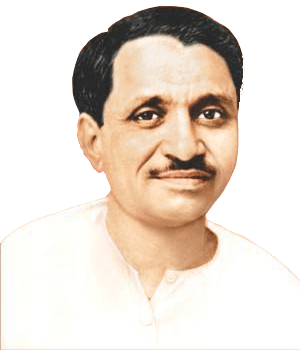 PanditDeendayalUpadhyaya was the leader of the Bharatiya Jana Sangh from 1953 to 1968. A profound philosopher, organiser par excellence and a leader who maintained the highest standards of personal integrity, he has been the source of ideological guidance and moral inspiration for the BJP since its inception. His treatise Integral Humanism, which is a critique of both communism and capitalism, provides a holistic alternative perspective for political action and statecraft consistent with the laws of Creation and the universal needs of the human race.

PanditDeendayalUpadhyaya was born on Monday September 25, 1916, in the sacred region of Brij in the village of NaglaChandraban in Mathura District . His father was a well known astrologer. An astrologer who studied his horoscope predicted that the boy would become a great scholar and thinker, a selfless worker, and a leading politician - but that he would not marry. While at Bhatpur tragedy struck the family, he lost his brother to illness in 1934. He later went to high school in Sikar. Maharaja of Sikar gave PanditUpadhyaya a gold medal, Rs. 250 for books and a monthly scholarship of Rs.10. PanditUpadhyaya passed his Intermediate exams with distinction in Pilani and left to Kanpur to pursue his B.A. and joined the Sanatan Dharma college. At the instance of his friend Shri.BalwantMahashabde, he joined the RSS in 1937. In 1937 he received his B.A. in the first division. PanditUpadhyaya moved to Agra to pursue M.A. Here he joined forces with Shri. NanajiDeshmukh and Shri.BhauJugade for RSS activities. Around this time Rama Devi, a cousin of Deendayalji fell ill and she moved to Agra for treatment. She passed away. Deendayalji was very depressed and could not take the M.A. exams. His scholarships, received earlier from Maharajaj of Sikar and Shri. Birla were discontinued. At the instance of his aunt he took a Government conducted competitive examination in dhoti and kurta with a cap on his head, while other candidates wore western suits. The candidates in fun called him "Panditji" - an appellation millions were to use with respect and love in later years. Again at this exam he topped the list of selectees. Armed with his Uncle's permission he moved to Prayag to pursue B.T. and at Prayag he continued his RSS activites. After completion of his B.T., he worked full-time for the RSS and moved to Lakhimpur District in UP as an organizer and in 1955 became the Provincial Organizer of the RSS in UP. He established the publishing house 'Rashtra Dharma Prakashan' in Lucknow and launched the monthly magazine 'Rashtra Dharma' to propound the principles he held sacred. Later he launched the weekly 'Panchjanya' and still later the daily 'Swadesh'. In 1950, Dr.Syama Prasad Mookerjee, then Minister at the Center, opposed the Nehru-Liaquat pact and resigned his Cabinet post and joined the opposition to build a common front of democratic forces. Dr.Mookerjee sought Shri. Guruji's help in organizing dedicated young men to pursue the work at the political level. PanditDeendayalji convened on September 21, 1951 a political convention of UP and founded the state unit of the new party, Bharatiya Jana Sangh. Pandit.Deendayalji was the moving spirit and Dr.Mookerjee presided over the first all-India convention held on October 21, 1951. PanditDeendayalji's organizing skills were unmatched. Finally came the red letter day in the annals of the Jana Sangh when this utterly unassuming leader of the party was raised to the high position of President in the year 1968. On assuming this tremendous responsibility Deendayalji went to the South with the message of Jana Sangh. On the dark night of February 11, 1968, DeendayalUpadhyaya was fiendishly pushed into the jaws of sudden death. 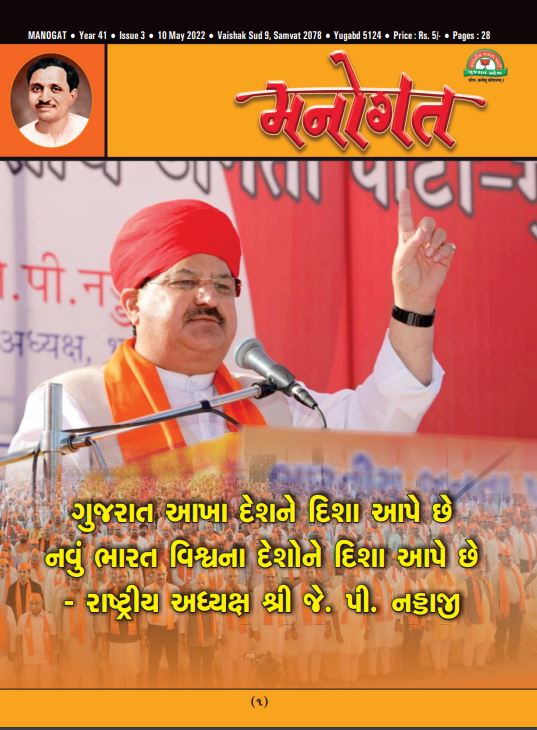